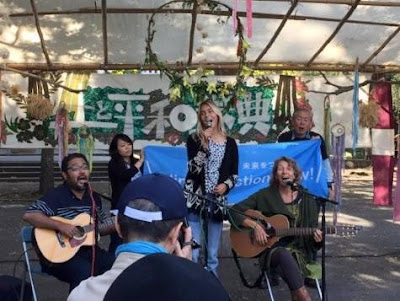 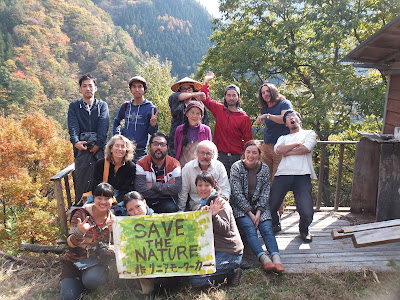 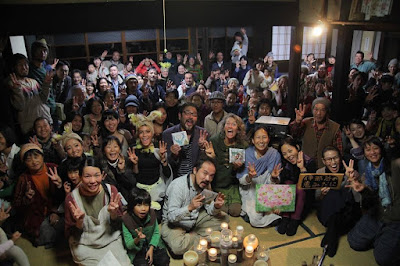 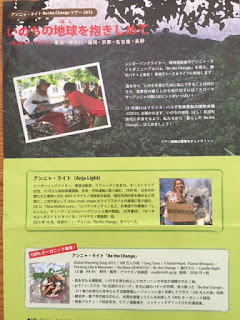 It had been more than two years since Pacha, Yani and I (with the help of an amazing Sloth team led by Naoko and Fuyuta-san) recorded the ‘Be the Change’ CD in the beautiful solar, straw-bale temple, Café De la Terra, in Yokohama. Now it was time to release it – to a world that, to be completely honest, seems to have been changing for the worse...

Over the past two years, its been like watching a horror story - Japan sliding into a more fearful, disconnected country as its politicians refuse to learn and change. Despite the lessons of war, the peace constitution was broken. Despite the continuing nightmare of Fukushima, nuclear power plants were restarting. And then there was the TPP, GMO’s, climate chaos, the collapse of the bee population, young people committing suicide…What could we possibly say or do in Japan to encourage people?

And yet, during the first event on the first day in a non descript grey room in a gloomy grey city, I felt such a smile spread on my face and my heart fill with love – hope is here! It is in the hearts of people of all walks of life who never give up, who do what they can do in spite of what seems like overwhelming odds, who are not scared to raise their voice in song and not afraid to let their tears flow for the love they feel for life…I knew, during that event, organised by the PAL system group, that this visit would be re-energizing and re-affirming; we know why we are here and we know what we need to do. We share a vision of the world we want to live in!

From that moment the tour itself became a bit of a blur; there were two or three events every day in different parts of the country - organised by a huge diversity of groups and individuals all working in a wide diversity of ways to heal the Earth. There were concerts in temples, cafes, bakeries, lecture halls, festivals and traditional houses; in the big city and in the quiet mountains.

The common pulse of all the events were the songs themselves; the chorus lines we could all join in as one; ‘Be the Change’, ‘We still have Hope’, ‘Earth my Body, Water my Blood, Air my Breath and Fire my spirit’, ‘Fly Kurikindi’… and it seemed that the last two years had flown by as quickly as two weeks! It felt so good to be able to trust completely that audiences were coming to the events with a similar intention with a ‘good heart’ and that made every event special.

We met so many, many old friends and so many new ones – young and old!
As well as reconnecting with our dear ‘Sloth family’, including founders Keibo Oiwa and Ryuichi Nakamura, I met many friends and activists I hadn’t seen for over 20 years - including Aileen Mikoto Smith – and we all seemed to share a common view; we need a deep and radical systemic shift in order for life to go on.

It was exciting to meet two dear friends in different parts of the country who had been elected to different levels of government. Masuda-san is now a senator – while, the last time I met her she was a humble Mother working on a local level to do something about the health of the children affected by Fukushima fallout in the Chiba area. Fujimon is now a local councillor in Itoshima, while the last time I met him he was a sweet, shy hippy-type who left the city to follow his dream to live a simple, organic life with his partner. He took us to visit the sacred shrine in his area and told us the story of how, when their recently converted organic farm was being over taken by a plague of insects, he and his partner decided to try singing to the pests – gently appealing to them to share the crop. It seems this story became part of their election campaign; and people were attracted to support such kind and genuine people. Yes, it seems it is time for the ‘meek’ and humble people to lead the way!

It appears that, in response to the wave of militaristic violence being inflamed by the PM, people are choosing non-violence, not only in their marches and demonstrations, but in the very way they choose to communicate with each other, in the way they organise. Non-Violent Communication, along with Deep Ecology are becoming catch phrases in a newly energised, diverse, creative and loving movement…This was a theme of the events organised by (best selling author) Keibo Oiwa too – at his ‘Slow Small School’ we looked at the example of the ‘most gentle and peaceful people of humankind’, the Penan tribe, as an example and reminder of how to be ‘human’.

This was also something we talked about in Nagano, in the mountains – the watershed – of Japan. There, local groups are being challenged by a new train line that promises even faster travel between Tokyo and Osaka – but means blasting tunnels through the heart of Japan…we ask; ‘Why so fast’?
It was a joy to travel with my daughter, Pacha, who is gracefully moving into womanhood now – empowered and capable. Standing beside her on stage, with her voice and presence clear and strong, felt so natural…we are individuals and we are one! She was so happy to be able to bring her surfboard along this time and make new friends in the surfing world in Japan. And next time we’ll bring along her dear brother Yani, who loves Japan so much!

There were so many kids in this tour – they seemed to lead the way, reminding us what we were doing and why, and how we should be doing it! Almost every organiser introduced us to their kids, and there were either babies in laps, or playing in the corners, or joining in on stage – ‘children’ (and how to nurture them!) seemed to be a most popular topic of conversation!

Thanks to the Sloth Club, we are invigorated and refreshed! The ‘Be the Change’ tour has reminded us all about how important the Sloth Club has been over the past 17 years, in keeping hope, creativity and inspiration alive in the movement in Japan. We look forward to the next visit (June/July 2016), with a little more time and a little more space to go a little deeper!

See a slide show of our visit to Japan here. 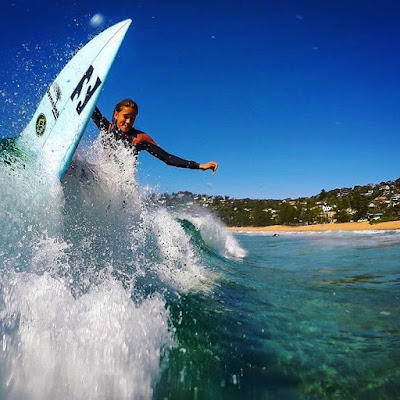 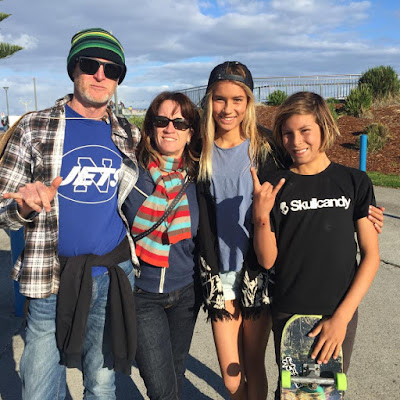 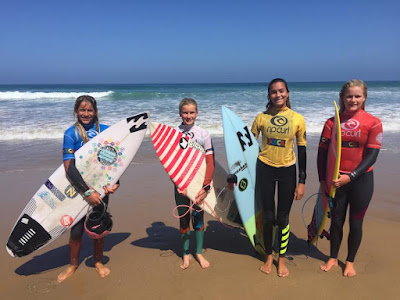 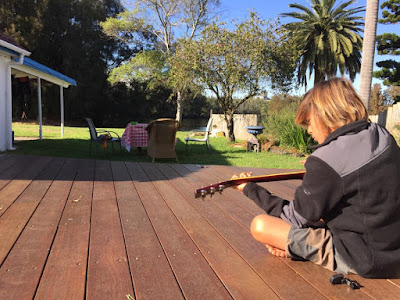 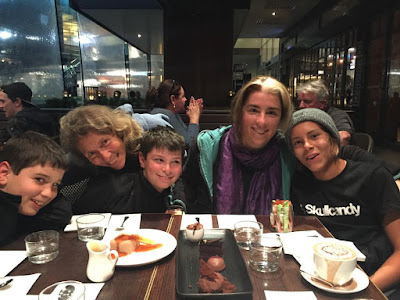 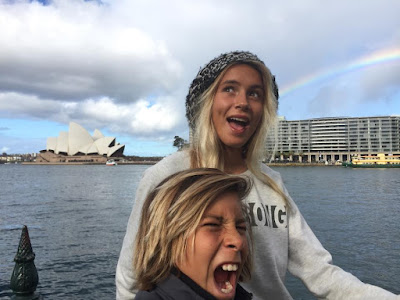 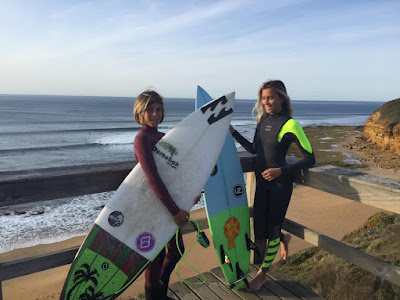 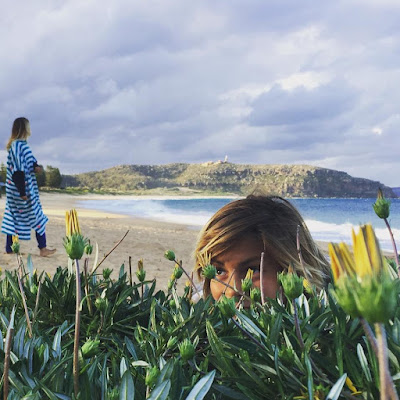 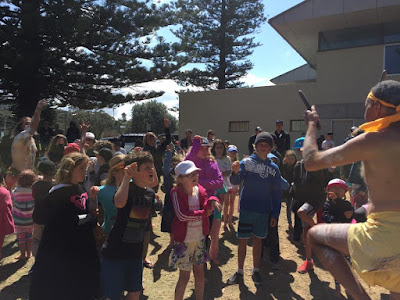 It has been so long since I've sat down to write - my mind speeds ahead and the moment is gone! Almost every day I have thought about our upcoming trip to Japan in just two weeks - reconnecting with our friends and Sloth family and reviving so many memories over the past 25 years...

I've been following events that I know are touching my friends in Japan deeply; the frightening determination of the Abe government to erase the pacifist constitution, restart nuclear power stations and ram through the TPP corporate trade agreement. And I've been thinking about the sad situation with many young people in Japan - the increasing rate of suicide, especially around the time that school starts every year. I've also been thinking about the inspiring million mothers campaign - reclaiming democracy and celebrating connection.

Over the past few weeks we have been getting more and more swept up into the vortex of surfing ( actually - competition surfing). As Pacha works hardto improve her skills, she is entering more competitions - which means we've been traveling all around the country (in our old van). There are so many bits and pieces to think about and juggle - surfboards and equipment, nutrition, getting entries in, thanking sponsors, keeping up with school and, most important of all, staying in close contact and support of our friends and family.

We just came back from travelling thousands of kilometres over 2 weeks, to 3 different competitions in Sydney and near Melbourne. Our original plan was to squeeze into the van to sleep every night - which we have done before - but it's not so very comfortable (especially for Yani!). We were so grateful when a variety of friends and family opened their doors (instead of just their driveways for us to park in) and we had warm, dry, flat places to stay every night. There were precious moments of connection - sharing meals, music, and surfing stories - catching up in person after year of only 'on-line' communication.

The journey took us to many new places, beautiful, wild and sacred places - reminding us of the vast distances and space of this country. It was inspiring to see the confidence from both Pacha and Yani, jumping into new oceans - whipped up by strong winds and tides, dancing and playing in the waves. They impressed me with their strength and resilience - surfing in freezing cold ocean temperatures (12C) on one day then sitting for 6 hours in a 39C car on our way home the next day (no air conditioning)!

We kept our hearts strong - with the realisation that our friends will always be our friends - no matter if life takes us in different directions. That nature is always there - powerful and awe inspiring - making human civilisation and endeavours rather insignificant. We will be back in Japan soon, sharing our hope, our songs, our new realisations and our shared vision for a positive future. We look forward to seeing you...

Here are a few photos from our recent surfing road trip: