7/16：Deep thanks to the Peacemakers of Japan...

Deep thanks to the Peacemakers of Japan...

Recently my Facebook news feed has been filled with images of the many, many thousands of people, from all different ages and walks of life, demonstrating to keep Japan true to its constitution of non-violence.

I stand in solidarity with you all!

It has been my great privilege to share time with so many courageous and gentle peacemakers of Japan - joining sacred runs, walks and marches all over the country including Hiroshima and Nagasaki – filled with admiration for so many people dedicated to doing what they can for a better world.

I can only imagine how despairing people must feel to see their wishes and prayers for peace being completely ignored by PM Abe and the general shift to politics of fear and control.
In Australia too, we feel more and more disconnected from any kind of democracy or political process that reflects the opinion of the majority - or even basic human compassion or commonsense.

Recently our government is acting to prevent any support for renewable energy, harassing and demonising refugees and making it more difficult for environment and human rights groups to raise funds or protest. And the ‘war on terror’ here is reaching fever pitch with our PM donning military uniforms and surrounding himself with nationalistic flags, to urge on Australian soldiers as they are sent back to the middle-east to try to fix the mess that over 80% of Australians opposed in the first place (invasion of Iraq).
It all seems to be part of a global trend that exploits the emotion of fear, in order to distribute wealth and power into the hands of an ever-dwindling minority – for what ultimate reason - I really don’t know...

But I do know, there is another global trend that is also building – where people seeking truth and connection are linking together to help each other – often beginning from long standing local networks.

This is what I see in Japan – pinpricks of light in the dark heavy blanket of control and manipulation – and the light is as bright as ever! Thank-you to each and every one of you – marching, singing, dancing, praying for Peace! 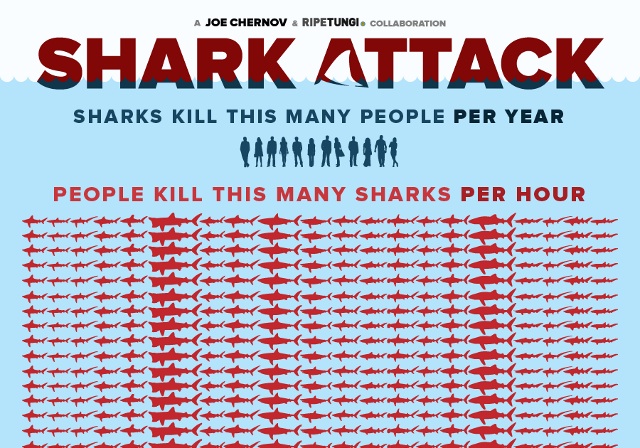 'Menacing, marauding, lurking'....these were the descriptions on the local news as images of large sharks flashed across the tv screen. Watching with my Mother, I couldn't help myself blurt out: "oh, that's just ridiculous - they shouldn't use language like that to make us fearful - the sharks are just there because they live in the ocean - they don't hunt humans." But my Mum was upset. "How can you let your children go out surfing when there are such dangerous creatures around?".
My Mother is one of the vast majority who tend to respond from pure emotion when told shocking and biased news from the media...it takes time and patient explanation to try to balance the story with the real background...

A shark 'attacked' a boogy boarder just a few days earlier leaving him fighting for life in hospital and the incident took place only a couple of hours from where we live. The media was on high alert. Here was a convenient, excitement filled story that could instil fear and paranoia about risks we have no control over - a great distraction from the multitudes of causes of death and suffering caused by our own behaviour (think ecological collapse, health epidemics caused by poor lifestyle choices and starvation caused by inequality for starters!).

Pacha and Yani were entered in a surf contest nearby and, while a little nervous, didn't hesitate to jump into the ocean to do what they loved. The contest organisers put the competition on hold while helicopters and jetskis patrolled the area to chase away any sharks, and competitors were interviewed by TV and radio crews and argued with each other about what should be done.

I felt so proud to hear Pacha describe a debate she had with an older boy who said the sharks should be killed. Pacha retorted; 'But more people are killed by coconuts than sharks! We are entering their territory, it's the risk that we as surfers have to accept everytime we go in the water - we should have respect for them!' Her passion was clear and a small crowd gathered to see her eventually 'win' the argument.

The truth is that sharks don't really like the taste of humans - but, being hungry (with fish stocks depleted by industrial over-fishing), sometimes they mistake humans for seals - or a glint of colour or flashing jewellery lures them like bait to take a 'nibble'. As a result sharks killed 12 people last year - but humans kill around 100 million sharks annually.

For me, the larger picture comes back to our human dilemma where fear of the natural world has so often driven us in efforts to control and subjugate all living things. Fear - closing people  to real life; priming us to becoming obedient consumers - replacing the dwindling sense of connection and trust in this miraculous planet with 'stuff'.

As a Mother of course I worry for my children - and it's perfectly natural that my Mother also worries for her grandchildren - but the reality is that we took a far greater risk driving the car to reach the surf competition than splashing into the big blue sea to surf!