The confusing concept of competition

Slow Mother Blog
May 28, 2012
The confusing concept of ‘competition’
Is it ok to promote a slow, small, simple lifestyle, yet feel excitement and pride watching my children do well in a race or competition?
Should we ever ‘compare’ ourselves with others?
How do we nurture self-esteem in ourselves and our children without being caught up in an ego-driven world of faster, bigger, more – ‘best’?
Last Friday both Pacha and Yani raced in the ‘zone’ cross country running competition (being 2 of only 3 kids in their school to make it to that level this year). This means that they’re pretty fit and healthy and spend a lot of time outside being ‘physical’. In lining up at the start it was pretty obvious that Yani didn’t really have the body type (long and thin) for long distance running – but he did his best and finished the race in 38th place.
Pacha (whose body does rather look like a grasshopper - as Yani pointed out) came third and will move on to the ‘next level’. Pacha is excited (and a little stressed) to get that far, and has set her sights for the top 6 at the next race so she gets a chance to run in Sydney for the state titles.
My constant refrain to my kids is to try to do the best you can and HAVE FUN! But the reality is that competition cross-country running isn’t really much ‘fun’ - it’s hard and exhausting and can be quite painful! Both Pacha and Yani have learnt good life lessons through the experience  (about putting in effort to get results and not giving up) but I’m grappling with the contradictions in my own world-view (of slow, small and simple) and the deep, constantly reinforced conditioning about being the ‘best’ at something.
How far do I support Pacha in her quest, or should I counsel her not to try at all? The more time and energy I give to supporting my kids in these kinds of life endeavours also means having less to give my own life ‘quest’ (doing whatever I can do to nurture life).
Sometimes I justify it in my mind like this: the more ‘success’ Pacha and Yani have, the more trust/attraction from mainstream society there may be of our slow, small, simple lifestyle choices. But I’m not sure – I may just be confused and a little desperate in trying to find ways to be at all effective in the struggle to save life on Earth…
We’re already trying to ‘let go’ of comparing ourselves by what we have been conditioned to believe is the main measure of success in the modern western culture: monetary wealth – does the next step involve rejecting competition?
投稿者 Slow Mother Anja 時刻: 2:44 PM 2 comments: 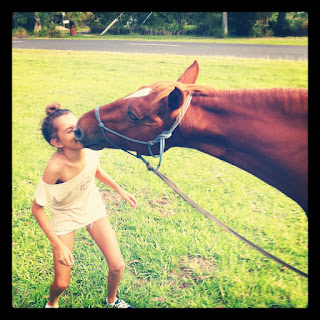 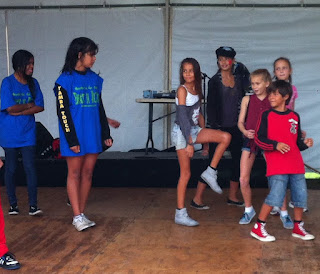 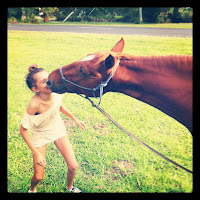 Two tears silently slid down Pacha’s cheeks this morning.
She was telling me about her dream.
In it whenever she asked me if she could buy something I said ‘no’, but her friend’s mother said ‘yes’, so her friend ended up with lots of new things.
Pacha says she just wants to ‘fit in’ with her friends at school and look like them with the modern clothing styles. Of course I started talking about where these ‘new’ clothes come from (China) and how they are made – and she became more upset and asked why I have to bring up all this stuff all the time. I stopped. I talked about how she had many more nice clothes (all secondhand) than I ever had growing up and that Mum made my school uniforms and they never looked like anyone else’s. She just looked at me. Then I talked about how we just have different priorities and value experiences more than things to buy. She said she knew all that but she just once wanted to have the experience of buying something ‘new’.
So, I said yes, of course, next time we were near a shopping centre, she could spend some of her busking money buying a trendy clothes item if she wanted to. A few minutes later Pacha apologised for being upset and I gave her a hug and said that it was completely normal to feel like this – we do live differently from ‘normal’ households in Australia.
It reminded me of another recent episode where a boy from her old school told her she was ‘poor’ in front of a few other friends. Her response was quick and positive; ‘well, if I’m so poor, how come we are going travelling this year?’  But it still hurt. (I think that being called ‘poor’ may be mocking of the last resort when other taunts (fat, ugly, dumb etc) may not get the desired result (power over)).
The truth is people could easily say we are ‘poor’. We have a tiny income compared to Australian standards, yet we have more than most of the world can dream of. We have a comfortable home, enough food to eat, and the most important things in abundance – health, happiness, purpose, exuberance, freedom…
The pressure of the global consumer society is intense and ever present. We all feel it wherever we are, even in the deepest jungle where the satellite TV feeds a constant diet of ‘bigger, faster, more’ thinking.  The pressure to project an image of wealth and ‘success’ is all-important, and yet this more than anything else separates us from other people. As localisation leader, Helena Norberg-Hodge pointed out in a recent radio interview, when you get a new status symbol, it doesn’t make other people feel good, it just makes them feel envious and deprived.
The truth is (perhaps to make up for the limitations in our life) I do encourage my children to be the best they can be; in the athletic races, their dancing and singing, their surfing – with whatever they love to do. And when they excel I feel quietly assured that as a mother, I am doing the right thing (but also a little guilty that comparing ourselves with others still matters at all).
For Life,
Anja
PS. there were a lot of responses on a facebook thread on this subject - if you want to take a look: https://www.facebook.com/anja.light/posts/2820775088124 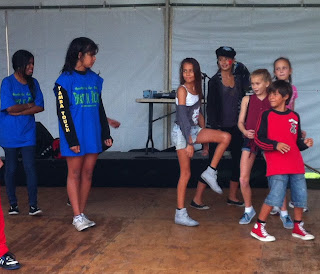