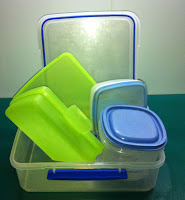 Sometimes it's the little things...

Yesterday my children told me that they were the only ones who didn’t have ‘packets’ for their school lunches.

It turns out that Yani hasn’t been eating at school during lunch time because he is afraid what people will say when he eats his yoghurt, or biscuits, or left over dinner out of small plastic containers. Yesterday’s comment from a classmate was: ‘Ew, that’s digusting, get away from him’ - Yani was attempting to eat a favourite vegetable curry meal from a container. Pacha verified the story saying sheepishly, ‘ it’s true, but please let us keep going to the school…’

They may be little things – but it seems to bring up so much about the illness in our society. Maybe it was just the timing of it. The same day I had read these articles and pondered on the connections:

The ever-increasing ‘plastic soup’ of garbage that now stretches all the way between Japan and Hawaii:

The ongoing obesity epidemic in Australia – especially in children: (http://en.wikipedia.org/wiki/Obesity_in_Australia)

The evidence that good nutrition in childhood leads to lifelong intelligence: (http://www.nurseryworld.co.uk/news/1054895/Early-diet-may-linked-intelligence-says-study/)

The link between lower intelligence and prejudice: (http://www.livescience.com/18132-intelligence-social-conservatism-racism.html)

The connections seem obvious to me, yet if you talk about it you run the risk of being branded as ‘radical’ or a trouble-maker. And if your innocent, bright, open-minded children bring healthy, unpackaged lunches to school they run the risk of social exclusion.

So, Yani has asked me to come to the school to explain to the kids about the rubbish floating in the Pacific Ocean. I’ve sent the article link to the school Principal and asked if there could be some reward system for those who limit their rubbish in their lunchboxes. I was trying to be ‘less involved’ in this new school…seems like that’s going to be hard…

I think the idea for the principal is not radical but instead a much-needed responsible step for your community.

My niece goes to a v. privileged American jr. high school in city that was profiled in "The Preppie Handbook" because of its affluence. Many of the students eat junk food in packets but a significant and growing number of them bring lunch foods in reusable containers, including my niece - because of concern about quality of food as well as sustainability. They (because of their parents) are also concerned about absorbing plastics (endocrine disrupters) into their growing bodies. This is not the hottest topic of conversation, but the dialogue is starting. There has to be other parents at your children's school who are similarly concerned.

I just finished reading Susan Freinkel's illuminating "Plastic: A Toxic Love Story" which documents how our culture of over-consumption has turned plastic, a helpful breakthrough, into an environmental problem. She spotlights a true radical (although otherwise she lives a conventional middle-American lifestyle) who refuses to consume plastic. Her name is Beth Terry and she writes a blog: http://myplasticfreelife.com/.

Freinkel says we need societal and individual actions to "bring about change on the scale that is now required - whether the task is stopping the plasticization of our oceans, protecting our children from endocrine disrupters, or curbing the carbon emissions that fuel global warming. The forces that shaped our marriage with plastics - a powerful petrochemical industry, a culture of acquisition, an erosion of community-mindedness in the suburban diaspora - evolved in a political culture that assumed a world without biological limits. That genie can't be put back in the bottle but we can remold our political culture to make the genie a better citizen."

Thanks so much for your comment on the blog. I heard from the Principal that today they will be looking at lunchboxes and giving awards for reduced litter production! (yesterday, by chance, there was a presentation on recycling from the local council). My kids go to a public school where people are not that well off, but my daughter commented that even a friend who lives in a basic rented house brings money for tuckshop everyday...It's all about priorities in this country I guess. Part of my motivation for re-using containers is to save money - processed packets are not only unhealthy but expensive!
I think it's good to post publicly on these issues...even though some people may roll their eyes and think to themselves 'oh why is this person trying to make me feel guilty'...obligated to share the truth and support each other in response I reckon...

It is great you are writing about this issue because someone might be inspired by what you wrote here.
Our son goes to public school in Brisbane and I only realised that he is a rare one NOT to bring the packaged food when the news letter said " one day a week is no garbage lunch day". (can not even remember which day it is since I do not pack anything packaged anyway!) and our son is also a non plastic container user for this one I know some of his friends are the same too. Once a week seems too tiny step for me but at least now parents and kids are aware. And teachers, please! ( need to work on that one. One of the parents told me she took a compost bin to teacher's room and it was not there next day. Teacher said Chickens ( we have some lovely chickens at school garden) do get enough scraps from students!)

I read quote today said
"words don't change you. Words inspire you" I think it is the same as act as well. Your action, your children's action will INSPIRE others.

I have so much that I would like to input to our sons school but I keep telling myself, " one step at a time" and "slowly"( like a sloth)
. Amazing changes might not even happen before our son finishes Y7 but the change will possibly happen for other kids who will learn at the school. Better than never.
I like the way you think you will be involved in the new school :)
Wishing you a good luck.