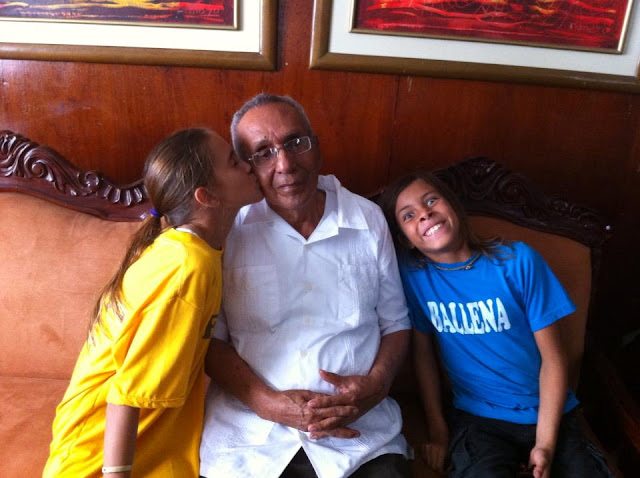 Today we heard the sad, sad news that Pacha and Yani’s grandfather, Fernando Luque, has passed away in Ecuador.

Just weeks before, he had been forced to escape from and then witness the destruction of his home - the home he had built and lived in for decades -  as the earth quake shook the seaside eco-city of Bahia De Caraquez to the core.
It must have broken his heart...

And Fernando was a person with a big, big heart. He always opened his doors and arms to us whenever we came to visit - telling us stories of an amazing life spent helping others. As the head veterinarian of the state of Manabi in his younger years, he managed projects to help communities learn and improve the way they raised livestock. We were so grateful that we were able to visit him and the family in Bahia three years ago, walking slowly and sedately alongside him on the seaside promenade - his daily ritual.

He was a person held in extremely high regard and respect by the whole family and the entire community, but to Pacha and Yani and his many, many other grandchildren he was as soft and sweet as a marshmallow.

So we shed tears here, far away in Australia; tears for Fernando and tears for Bahia, hit by a series of knocks over the past two decades - both natural and human made - but showing so much promise to chart a different, more sustainable course for the future.

I’ve heard that there has been very little support coming in to Bahia and a huge need for basics like tents and tarps to provide shelter for the community - most of whom are now homeless.

We hope we can find a way to support good projects on the ground helping to rebuild in the most ecological and resilient way possible - like the bamboo building workshops being set up by Nicola from Rio Muchacho.

I have faith in the spirit of the people of Ecuador, in their resilience, in their cohesion as a community and in their optimism and energy…I imagine Fernando continue to watch on with a glint in his eye; so proud of his children and grandchildren following in his footsteps to chose  a life path to help others. 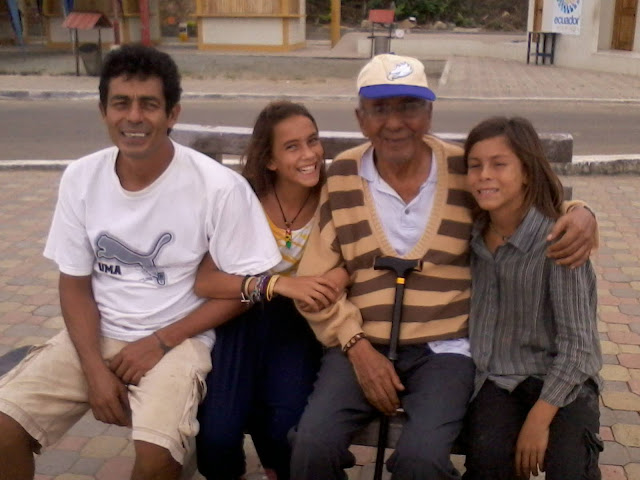 The United Kingdom agreed to place Transjordan under the administration of Abdullah bin Hussein, Retro Jordans,who was given the title of emir (usually translated as prince). Emir (later King) Abdullah had been a key Brirish ally during the Arab Revolt against Turkey in World War I and was viewed by London as a potentially useful partner to help maintain its influence in the region after the war.3 The offer for Abdullah to rule Transjordan was also made to co-opt him and prevent the Arab leader from disturbing British interests in the Middle East. Such a disruption appeared possible in 1921, as Abdullah had been traveling north from Mecca wirh a Bedouin fighting force while indicating an interest in harassing French colonial forces in Syria. He also had a significant grievance which led him to favor such a strategy.

The French had deposed Abdullah’s younger brother, Faisal, from the throne of Syria because he was viewed as insufficiently cooperative with them. Cheap Jordan Shoes,Abdullah was interested in either helping to restore Faisal to Syrian leadership or, more probably, replacing him in that role. At rhis time, the British leadership was working with France and wanted to prevent Abdullahs attack against their allys forces in Syria. More subtly, London did not want to provide the French with an excuse to expand their power southward in response to any provocations that might be made by Abdullah or any other local leaders. As a result of this confluence of these interests, "Iransjordans first government was established with British assistance in April 1921. The chief task that faced this government was to build a functioning state where none had previously existed. Ideally, jordan releases,this would involve the creation of a government with a supporting bureaucracy, the establishment of a police and military force to keep order, and securing at least some minimal level of loyalty to the government by the local population.