I was so proud, so excited, so happy to click on a facebook link yesterday - it led me to an article. The world is now hearing about the gentle, sincere, humble ways of the Sloth Club through the
Wall Street Journal!

The ‘ampere down’ campaign was highlighted in the article, featuring the energy saving measures of various ampere downers across Japan. The original ‘light-bulb moment for
this campaign came from Hokkaido Sloth, Peter Howlett, (who I was so happy to meet earlier this year) and now all across the planet people will be contemplating whether they too could/should set themselves an enjoyable challenge in living with less.

The ideas about using brooms instead of vacuum cleaners, clay pots instead of rice cookers and turning off the fridge on a cool night will feed imaginations and encourage
others. People who live in countries with less will feel encouraged by the sincerity and commitment by people in one of the richest nations on Earth. And leaders in Japan will be reminded that there is a way to move away from nuclear power and energy production that destroys the Earth – its own citizens are leading the way in showing what is ‘enough’.

What I thought was missing in the article was the sense of joy, contentment and purpose people found when they were able to simplify their lives by using less energy.
Unfortunately many people in ‘rich’ countries and/or ‘rich’ households still think it is a big sacrifice to use less, or a step ‘backwards’ – when, in truth, it can provide such meaning and authenticity to our existence.

We know that the world’s problems may not be instantly solved by individual actions – but the truth of that action will shift the person’s life and touch all those around
them – and the message will spread.

Thank you Sloth Club -
Thank you Ampere Downers of Japan! 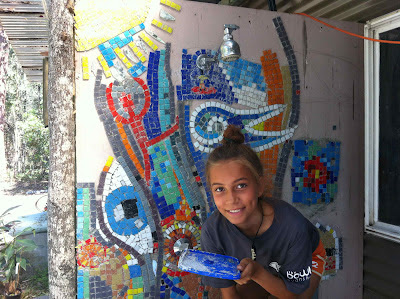 Pacha getting energy from being alive! She's mosaicing a wave, with herself in the barrel
投稿者 Slow Mother Anja 時刻: 1:59 PM

After application the hair is simply dried, either naturally or
using a drier. Before you go for them, try
products at Keranique for hair care. The professional hair merchandise of Loreal are effectively
currently being sold all more than the world in about
one hundred thirty different countries.

Dont let the packaging fool you into buying something that may damage your hair.
Eating white sesame seeds in the morning, take alfalfa juice mixed with carrot juice and
lettuce or third cup of aloe vera juice every day are very good natural remedies.
com/hair-growth-products-top-things-to-know-before-purchasing-a-product ]hair growth products visit our website howtomakeyourhairgrow-fasterandlonger.
However, this solution is chemical free and some people find natural products more appealing.
Many people use hair greases to keep their hair moisturized.

It is widespread thing to encounter some sorts of illnesses within our
life, but the factor is it really is uncommon to meet the proper treatment
as soon as. The Bluetooth Headset is a symbol of recognition and acceptance.

And, for individuals who are eligible for both CLASS and Medicaid, a portion of the CLASS
benefits will be used to offset the costs to Medicaid.

Walk ins are always welcome, or patients can obtain same day appointments easily.
Sara Gilbert shared about her new love on her own talkshow, “All these article are out that I'm in a new relationship.